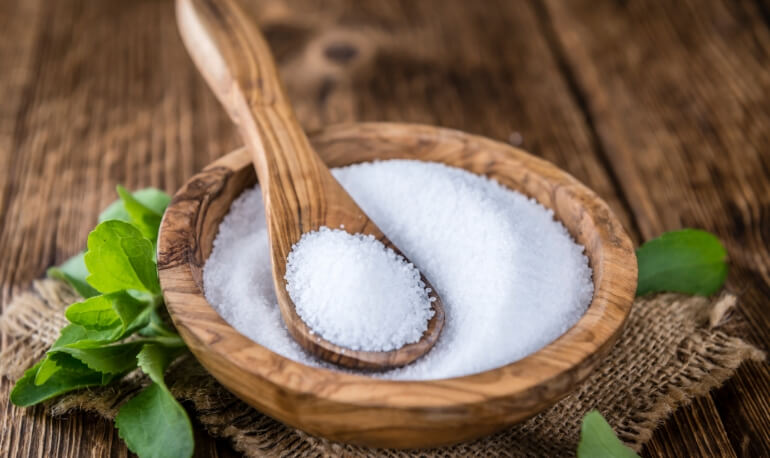 We all know that refined sugar isn’t healthy and increased awareness about the damaging effects of its consumption has led to the development and use of many different sugar substitutes.

However, some of these sugar substitutes are also harmful and have a host of ill side effects, and it can be hard to determine which – if any – are safe to consume. One alternative sweetener that often gets lost in this confusion is stevia.

Stevia is an extraordinarily sweet herb. In fact, it is 200-300 times sweeter than sugar and it has a slight liquorice aftertaste. It’s actually a member of the chrysanthemum family and closely related to tarragon and chamomile. It’s completely safe and has been used for centuries by the Guarani people of South America where it grows wild. Stevia is also calorie free; this is why it’s often found in so many different ‘diet food products’.

According to Donna Gates, author of the Body Ecology Diet book, stevia helps to increase energy levels, doesn’t trigger a change in blood sugar levels and most importantly, it doesn’t feed or encourage the growth of yeasts or microorganisms, which is great if you’re on a gut healing protocol.

There are two compounds in stevia that are responsible for its sweetness: Stevioside and rebaudioside A. Rebaudioside A is most often extracted and used in stevia powders and sweeteners.

Stevia is available in 3 forms:

This is the most commonly consumed type of stevia because it’s readily available and easy to use. It’s also found in many products on our grocery store shelves (protein powders, low-calorie snacks, diet drinks, etc). This is also the type of stevia you want to AVOID. It’s not really stevia at all by the time it goes through a 42-step process! First, the rebaudioside A is extracted from the stevia leaf, and then chemical solvents are added, including acetonitrile, which is toxic to the liver and a carcinogen. Then manufacturers often add additional ingredients such as GMO corn derivatives called erythritol or dextrose.

The information I came across in regards to how liquid stevia is made/processed was incredibly varied. But ultimately, liquid stevia is a better choice than the white powdered version because it’s less processed. Stevia extract is available as a liquid and is often mixed with either water, glycerin, alcohol or a grapefruit base (or a combination of these). The glycosides are extracted from the leaves using either water or alcohol and membrane filtration. Because it evaporates, no alcohol remains in the finished product. The liquid becomes clear rather than green because the extraction process removes the chlorophyll, and white glycosides remain. You can read more about the processing and extraction of stevia here. No bleach or other chemical whiteners should be used, according to the SweetLeaf Company.

However, I also came across this source that mentions stevia leaves are washed in acetone. Acetone, when exposed to the air quickly evaporates and remains highly flammable. It has been linked to skin, eye, nose and throat irritation as well as headaches, nausea and dizziness.

Green leaf stevia is just dehydrated stevia leaves that have been ground into powder form – that’s it! This is the type of stevia that’s been used in South America and Japan for centuries as a natural sweetener and health remedy. No human studies have ever shown any problems from pure and natural forms of stevia and dozens of studies have shown potential benefits from it –  this sweet herb may support blood sugar, weight loss and possibly have anti-inflammatory, antioxidant and antibacterial properties (Chris Kresser goes into detail on some of the studies here). Personally, I feel safe using stevia in leaf form or tinctures made from the stevia leaf form.

Buy the liquid stevia drops (without flavours or dubious ingredients) and/or green leaf stevia (the whole, unprocessed stuff), and use it in moderation. If you can tolerate the aftertaste, it’s a much better choice than refined sugar. This is what I use (although not daily) and I also recommend it to many of my clients who are working on healing their gut issues. Occasional consumption of stevia likely has little to no impact on general health. Remember, however, that nature has plenty of other incredibly nutrient dense, natural sweeteners you can also use. These include fruits like bananas, apples, pears and mangoes, raw honey, pure maple syrup, and organic dried fruits such as apricots, dates, sultanas and figs. 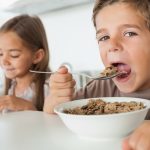 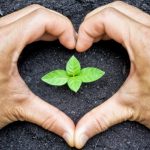