Cyndi: One of the Most Influential Coast Women in Food and Farming 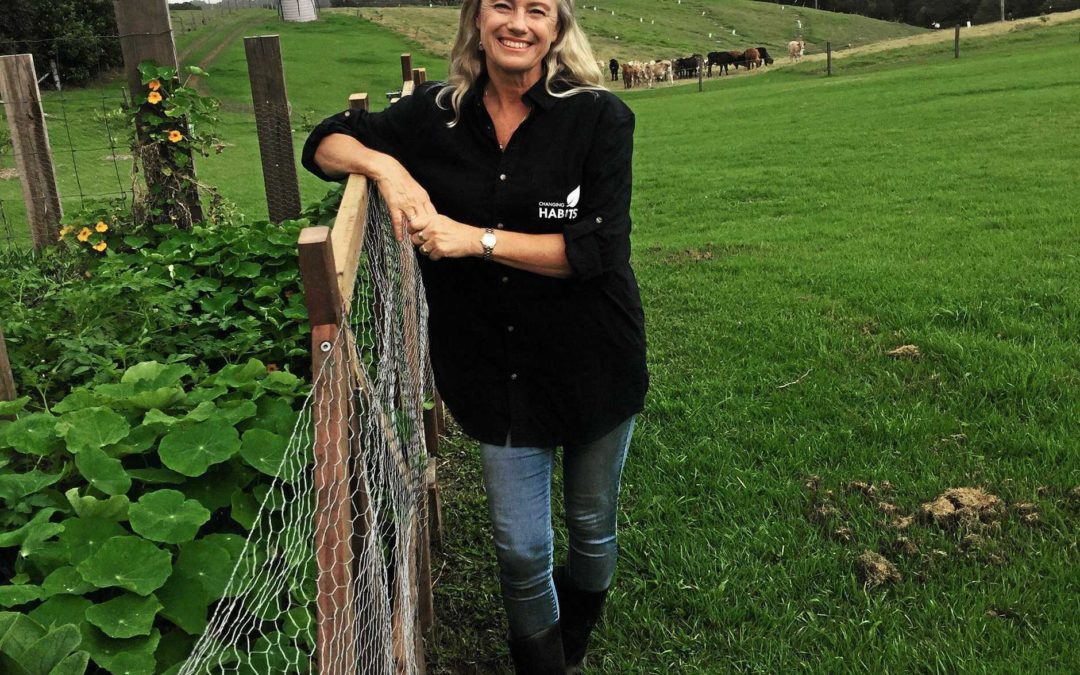 11 Most Influential Coast Women in Food and Farming

HUNDREDS of women contribute to the Sunshine Coast foodie and farming industries, and the communities that are supported by them.

Here’s our pick of the most influential female leaders in food and agribusiness.

CHANGING Habits began when, in 1998 after writing her 101st column on nutrition for the Sunshine Coast Daily, Cyndi O’Meara published a book.

The success of Changing Habits, Changing Lives led to her business Changing Habits – a wholefood company influencing how food is produced, classified and marketed.

It also includes an education arm, The Nutrition Academy, which saw 55 graduates this year.

“We are empowering consumers,” Cyndi said.

She described how “being a little bit of an activist” helped convince people to make better choices for their bodies and the environment.

One of her proudest moments was on Monday when she had more than 100 people on the Changing Habits farm near Maleny, each of them passionate about change and actively making change.

“I want to see a tsunami of change – not just a ripple effect – that will change the health of who is living now, and future generations,” she said.

“I knew every one of them in the room were all doing that. They’re making change.

“They’re all making a ripple and it’s building a tsunami. People are thinking about quality of food and how it affects their bodies.”

It began in Sydney in 2001 with one boat and four staff. When Heidi and Pavo Walker relocated to the Sunshine Coast the business grew to five boats, 50 staff, an export and production facility.

“My greatest achievement is obtaining Marine Stewardship Council (MSC) certification for our yellowfin tuna, albacore tuna and swordfish – the only company in Australia to do so,” Heidi said.

Chefs in Australia were reluctant 10 years ago to put swordfish and tuna on their menus as they didn’t think it was a sustainable choice, but by gaining the international “gold standard” MSC Heidi was able to change their minds, she said.

“Our biggest achievement is establishing a new industry in this country, and winning four Sunshine Coast Excellence in Business Awards, culminating in being inducted into The Hall of Fame,” Sally said.

One of Sally’s proudest moments was speaking at TedxNoosa in 2015, about her and Peter’s love of farming and how they see a sustainable future for our community.

AUTHOR Kim McCosker wrote her first cookbook “simply to fulfil a need I had” but 4 Ingredientsquickly became a bestseller and Kim has now published 36 titles across three continents, in six languages.

“I needed to get good, wholesome food on the dinner table at the end of a very busy day for my family,” she said.

“I already had a collection of my family’s favourite recipes that could be made with just 4 ingredients eg. apricot chicken, rissoles, apple crumble, scones etc, so 4 Ingredients it was (believe me, if I could have written a cookbook called 1 ingredient – I would have!)”

“Since its release June 3, we have moved over 35,000 copies…and all from regional Australia!”

Kim says starting a small business – regardless of what it is – requires tenacity, determination and endurance.

One of her proudest achievements is the relationships her business has built with IGA, Metcash Australia and BETTA Home Living.

ROZ White co-owns White’s IGAs, which made its “humble start” with the purchase of a small convenience store in 1993, but now encompasses a group of market-leading, award-winning “retail-tainment” food destinations located across the Sunshine Coast.

Her supermarkets’ Locavore program helps new producers get their feet. Roz’s IGAs were the first to stock various locally made items including products from Woombye Cheese, The Bear and the Ladle, Ugly Duck Preserves and Kokopod.

Roz is a passionate business advocate, is a professional member of various industry groups, mentor and regular speaker at trade and industry events.

GLOBAL agri-food innovation strategist Jacqueline Wilson-Smith has been driving strategy, innovation and sustainable transformations in the agribusiness and food sectors since 1995 when she switched from being an accountant with Ernst & Young into an agile innovator.

In 2017, Jacqui was the Queensland recipient of the AgriFuture’s Rural Woman’s Award for her innovative contributions to food and agriculture spanning 25 years.

HELEN Andrew is the founder of Spare Harvest, an online community connecting households to share what they have spare in their kitchens and gardens.

Using the power of the sharing and circular economies, Spare Harvest is helping households to reduce their waste footprint and build social capital in our communities.

Members of the Spare Harvest use the marketplace to share, swap or sell what they have spare, idle or unwanted in their kitchens and gardens; and source what they need.

Items like food scraps, glass jars, homegrown produce, herbs, pots, leftover from the pantry or fridge, plants, time and land are being exchanged.

Spare Harvest gives everyone a simple and easy to way to ensure these valuable resources are used and not wasted.

Helen’s mission is to connect as many people as possible so that we can all live more sustainably and make a social and environmental impact.

“Regardless of where you work, live or travel, Spare Harvest is a great way to ensure food and garden items are used and not wasted,” she said.

HUNGRY Feel Eating House was born in September 2001 after years of travelling Asia and Europe learning and studying (and of course, sampling) food and wine cultures.

“The idea was to bring an eating house to the local community of Buderim,” Larissa said.

“A place for people to meet and eat. A place where we could showcase the produce of our region as is done in so many cultures.

“We serve fresh produce that is locally sourced and always in season.”

Opening the doors every day is an achievement in the hospitality industry, Larissa said.

“Each day is an opportunity to show our community what the region has to offer.

“Serving a beautiful dish of local sustainably caught fish, potatoes straight from the farm in Woombye and beans grown in our own kitchen garden in Buderim finished off with olive oil from Obi Obi.”

LEISA Sams (also known as ‘Bee Girl’) began the Hum Honey story more than five years ago on her family farm in Peachester.

“The interesting part of our story is that it has more to do with environmental conservation than farming and food production,” Leisa said.

“Our farm is federally-recognised as a critically endangered lowlands subtropical rainforest region, being home to an amazing array of native flora and fauna including numerous endangered frog species.”

Leisa completed a Sunshine Coast Regional Council conservation project and through this established a wildlife corridor to reconnect the property’s forest to the Stanley River for the first time in 100 years.

“This regeneration of the natural waterway required the planting of eight growing zones from hardwood forest to riparian rainforest species,” she said.

“Pollination was top of mind and it was the recollection of childhood experience of eating real honeycomb fresh from the hive that turned our conversation to beekeeping and the critical role of pollinating insects in our food chain security.”

“Today we are proud to say our beekeeping practices haven’t deviated from those principles we embraced at the beginning of our beekeeping journey,” she said.

OVER nearly 20 years, Montville Coffee owner Karen Barnett has learned it is possible to nurture a food business that’s both financially successful and a positive contributor to the lives of all stakeholders, including suppliers and the natural environment.

Established in 2000 with a goal to set a standard for an ethical approach, business partners Karen and Kevin Fraikin were selected as one of 12 innovative food businesses to be in the first cohort of the Innovation Centre Sunshine Coast’s food accelerator program GrowCoastal.

The restaurant is within Buderim Forest Park, in an historic house, and its menu celebrates Coast producers.

Lisa said her biggest achievement was running a business while being a mother to three “beautiful daughters”.

Her happiest memory was finding “all the wonderful Sunshine Coast producers and suppliers and seeing their faces when we visit them at events”.

“They are so thankful we have them on our website and list their product on our menus,” she said.

“We are genuinely humbled we are helping and supporting other families like the Sunshine Coast supports Harry’s on Buderim.”