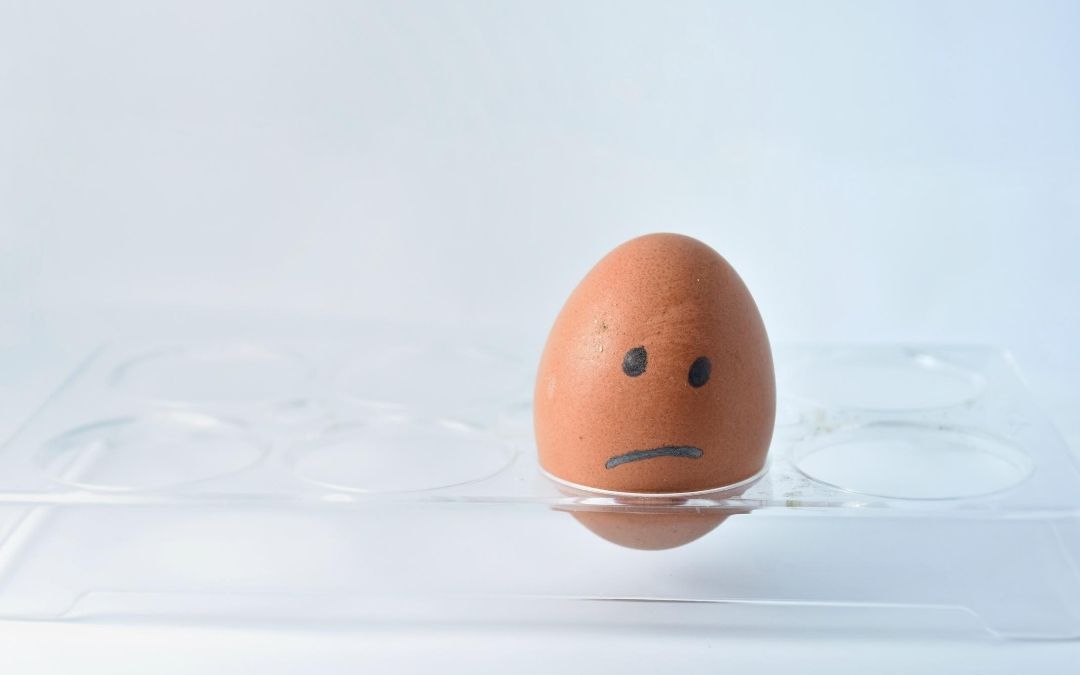 We had someone ask us about the new JUST plant-based egg substitute. I hadn’t seen it but now that I have, I cannot un-see the shitstorm of chemicals that make up this egg substitute!

My advice is don’t go there. Remember, the food industry are masters at making food look like food, smell like food, taste like food but not be food. Even if you have an allergy to egg or you choose not to eat animal products, this is not a real food by any sense of the imagination.

I went to the JUST website to find out about the company. Their video states that: ‘Bad food is everywhere. It tastes good. It also accelerates chronic disease and climate change. What would it look like if we started over?’ Their premise is to use food technology including robots, automation and algorithms to uncover data that will lead to the development of ‘healthier, sustainable food that is also affordable and delicious’.

For me what it looks like to start over is to use regenerative farming principles, eating seasonal local foods as much as possible, supporting small farmers, not using chemicals, and having an interest in the health of the soil in order to not only save our health but start cleaning up the planet. Better still, have a garden and some chickens in your own back yard to produce the real deal. The Nutrition Academy’s Incredible Edible Garden Course will teach you how to do this.

JUST plant-based egg has the following ingredients (nothing comes from regenerative farming principles): 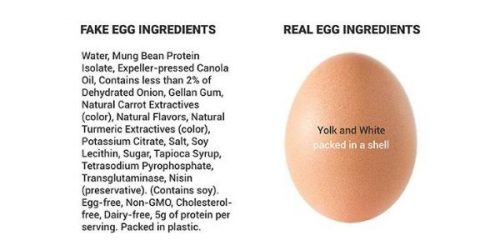 It took me a couple of hours to uncover what all the ingredients are and how they are made. The company says that the product is non-GMO, but when I went to each of the patents of the ingredients used in the fake egg, I discovered that at least four of the ingredients were probably made using biotechnology or genetic manipulation of microbes in order to efficiently make the desired food additive. In other words, a new synthetic way to ‘natural’ – read more about that here.

Here are the ingredients broken down as simply as I could do it:

Water – It doesn’t say it’s filtered so it could have contaminants. The product is mostly water.

Mung Bean Protein Isolate – This is made by extracting one or more mung bean proteins from a mung bean protein source in an aqueous solution at a pH between about 6.5-10.0, then purifying the protein from the extract by fractionating and concentrating it using filtration (such as microfiltration, ultrafiltration or ion-exchange chromatography), then recovering the purified protein isolate. Sounds really natural to me.

Expeller-Pressed Canola Oil – While this might be cold pressed and non-GMO, the possibility of it being contaminated with glyphosate is high. Non-GMO canola crops are dried a week before harvest using glyphosate (a broad spectrum antibiotic (patent 2010)).

Natural Carrot and Turmeric Color Extractives – The colour component of the carrot or turmeric is extracted, usually by using heat, then the colour is stabilised and preserved. It may sound natural, but it is far from it.

Natural Flavouring – This comes in many forms from a mix of 48 plus chemicals, made in a laboratory using genetically modified or non-modified microbes. Using GMO microbes is the new way. There are many biotechnology companies becoming specialists in individual so-called ‘natural’ flavours.

Potassium Citrate – A food additive used to regulate acidity, known as E332. Medicinally, it may be used to control kidney stones derived from either uric acid or cystine.

Tetrasodium Pyrophosphate – Used as a buffering agent, an emulsifier, a dispersing agent, and a thickening agent and/or a coagulant. It is also a chelating agent, which means it takes minerals from the body or out of a solution. It has the ability to stop a metallic after taste.

Transglutaminase – A naturally-occurring enzyme found in humans, animals and plants. It’s often used as a food ingredient to bind proteins together, improve food texture or create new products. In modern biotechnology this enzyme is made using a genetically-manipulated microbe.

Nisin – An antibacterial peptide produced by the bacterium lactococcus lactis and used as a food preservative. It has 34 amino acid residues, including the uncommon amino acids lanthionine (Lan), methyllanthionine (MeLan), didehydroalanine (Dha) and didehydroaminobutyric acid (Dhb). Bioengineering of this microbe has been successful.

JUST Not a Health Food

This egg replacement is not a health food. This is not a food to sustain a planet. This is a completely fake egg replacement that probably has not had any long-term safety testing regarding the combination of all the chemicals it contains.

I am sure the biotechnologists and food scientists think they have done an incredible job in faking what an egg looks and tastes like, but, let’s face it, it is not an egg.

If you can‘t eat eggs then leave them out of the diet. If you need an egg substitute in your cooking, my daughter (who cannot consume eggs) uses the water that is left after cooking chickpeas – otherwise known as aquafaba. It makes a wonderful egg white substitute to be used in baking and making mayo.

The moral of the story is to just eat real food. If you are vegan, these are not healthy food substitutes. No wonder our chronic disease rate in children and adults is escalating when these types of chemical shitstorms are allowed on our supermarket shelves. 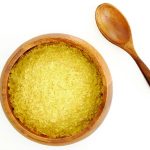 Nutritional Yeast: To Eat or Not to Eat? 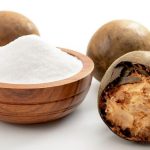