We all know that an organic lifestyle is far healthier, then why don’t we do it?  Here is some more evidence in case you still are not convinced.

Avoid cancer with organic lifestyle by OnFood on May 26, 2010 Biological Farmers of Australia (BFA) says it has evidence that eating organic is the best way to avoid exposure to harmful carcinogens following the recent release of a US report. The report, Reducing Environmental Cancer Risk: What we can do now? released by the US President’s Cancer Panel and submitted to President Barack Obama, has urged their government to do everything within its power to remove carcinogens and other toxins from food, air and water.

BFA General Manager Holly Vyner believed the findings mirror what the organic industry has been striving for since its initiation 70 to 80 years ago. “Organic is about healthy food choices,” Vyner said. “The prohibition of synthetic agro-chemicals, including all of those linked with health and environmental concerns is a cornerstone of organic food production.” Highlighting unregulated or understudied chemicals such as bisphenol A (BPA), radon and formaldehyde and benzene, the report found that, while environmental exposures do not present a new front in the war on cancer, the “grievous harm” caused by these chemicals has not been addressed sufficiently by the US National Cancer Program.

“Consumers who choose organic are often more aware of the potential side effects of farm chemicals in the food chain, and are working consciously to minimise their contact with environmental toxins,” Vyner said. In consultation with 45 experts from a range of industries, the panel investigated a small percentage of the 80,000 chemicals on the US market, putting forward a list of 11 recommendations to deal with “regulatory, political, industrial, and cultural barriers to understanding and reducing environmental and occupational carcinogenic exposures.” The panel – appointed by the Bush administration – was chaired by Dr LaSalle D. Lefall, Jr, a professor of surgery at Howard University and Margaret Kripke, a professor at University of Texas’ M.D.

Anderson Cancer Center. Vyner went on to say that however, chemical-free is only a small part of the organic picture with plenty of research evidence to demonstrate that organic food is the choice when buying food and fibres produced with animal welfare, the environment and human health in mind. The 240-page report is the first to deal specifically with environmental causes of cancer since the panel was created by an act of congress in 1971.

How the Toxic Chemistry of Everyday Life Affects Our Health 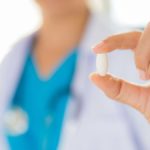