Activism Can Take Many Forms – Do Your Bit Now! 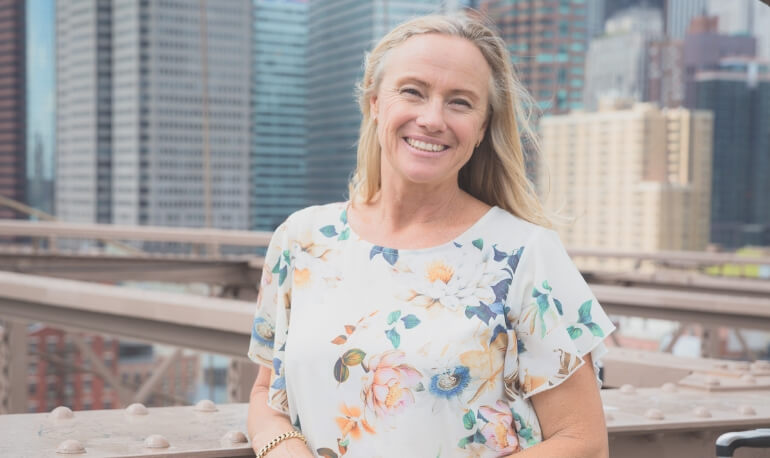 When I started to notice health issues as a result of my own consumption of wheat, I started to investigate further. Little did I know 8 years ago when I started to research this ancient grain what I would uncover – and what I now know, I cannot unknow. And, despite strong opposition, I can no longer stay silent.

Discovering what really happens during the agriculture of wheat and how much of our food supply contains wheat has been a rude awakening. I trusted the agricultural industry – I shouldn’t have! I was not educated and stuck my head in the sand. Not in my wildest nightmares would I have ever believed what I know today. It’s like history repeating itself, but instead of DDT which contributed to the death of my mum and sister, it’s glyphosate.

I feel for the farmers and what they must be awakening to – those that are awake, anyway. I have friends (broadacre farmers) who I have had many conversations with about the dilemma they now face. On the one hand they have changed their own eating and are living a relatively chemical-free life. But on the other hand they can’t seem to turn away from the chemicals they must use on their land and the food they grow in order for their farm to be viable and for them to pay the banks and the chemical and seed companies. It’s a dilemma that many face.

In my mother’s home state of Iowa, people have tracts of land that are going to waste, not only as a result of the chemicals destroying the ecology of the soil, but also because of their inability to farm profitably due to the enormous agricultural chemical and seed bills they must pay. I’ve heard figures anywhere from the $100,000’s to millions spent on chemicals. GM crops, pre-seeding herbicides, desiccant chemicals, fungicides, insecticides and fertilisers all go onto the land to create a crop yield rather than a nutrient-dense food yield.

I’ve read recently that the average farmer in the mid-west of the US made a profit last year of just over US$1000. In Australia, my farming friends allude to the fact that unless they have a good year and good yield they will be unable to pay the farm debt, let alone the seasonal chemical bill. The debt is rising and so are the seed and chemical expenses.

Much of Australia is in drought or flood. Could we be our own worst enemy by not understanding this ancient land, the ecology of the soil, the need for biodiversity and using a different way of farming? Dr Charles Massy, author of Call of The Reed Warbler, said in his interview with me that with regenerative farming things can change. We can create nutrient-dense foods as well as tackle climate change and get carbon back into the soil.

Farming colleges are still teaching yield of the crop or animal rather than the nutrient density of the food and the management of soil ecology. It’s a dilemma and, while I feel for the situation many Australian farmers are in, I also think that we have the knowledge to solve this before it is too late.

The most heavily sprayed chemical around the western world is Roundup. In the last 10 years the amount sprayed was greater than the total amount sprayed since its conception in the 1970’s. In the US it’s sprayed at a rate of half a billion tonnes a year. Australian regulatory bodies won’t divulge what is used in Australia.

I’m an Activist – Here’s How

I’ve become an activist on many levels. First and foremost, by purchasing my fresh foods (fruit, vegetables, meat and dairy) from my local farmer or growing it myself. The rest of my foods (nuts, spices, salts, sugars, seeds, flours, grains, dried fruit, chocolate, coffee, tea etc), I source for myself and share with you at the Changing Habits Marketplace.

Secondly, I approach my council, asking them questions about whether and where they spray glyphosate in my town and region. I’ve been on their backs for three years now and I am making a difference by getting them to at least trial other ways of keeping weeds at bay. We have gone from a 10-year phaseout to an ASAP phaseout. But recently, I wrote a letter to my council (I like to make sure they are doing what they say) asking them about playgrounds and parks and whether they still spray them with Roundup or Dicamba. This was their reply:

“Hi Cyndi, We don’t use Dicamba near playgrounds or dog parks and in fact we use very little. For sports fields we prefer to use aeration, nutrition and compost to out compete weeds. Dicamba is only used if broadleaf weeds become problematic and only in very small quantities. This occurs less and less due to usage of manual techniques. Glyphosate is not used on sports fields. Playgrounds are mostly whipper snipped. We minimise the usage of both these products and continue to work on phasing them out. Thanks.”

While I know the head of parks in my council is sympathetic to my cause and he is reducing the use of these chemicals, this ambiguous paragraph got me wondering, ‘was that a yes or a no?’ I’m still none the wiser, especially when it comes to glyphosate on dog parks and playgrounds. I’ll keep asking.

A Letter to the APVMA

On a larger scale I’m an activist when I ask the Australian regulatory body, the Australian Pesticides and Veterinary Medicines Authority (APVMA), about their registered products containing glyphosate.

Recently I wrote a letter to the APVMA via email and then decided to publicly put it on my social media platform. They too have been avoiding answering me, telling me they don’t have the information I seek. I smell BS.

Since posting this, I have had a message back from APVMA letting me know the following: “I’ve been advised to say that inquiries about glyphosate at this time are being escalated to senior staff in our agency, so yes, the agency is taking glyphosate inquiries seriously.”

So make sure you copy and paste my letter to the APVMA, add your name to the bottom and send it to clientservices@APVMA.gov.au

How to Approach Your Council

Many people have been asking me about how they approach their council on the topic of where and how much glyphosate they are spraying in their area. I have created a letter, with lots of resources here. Simply copy and paste the letter and send it to your local council.

I’ve done all the work for you; I’ve sourced foods for you, I’ve written a book about what happens to our food once it leaves the farm, I’ve paved the way for organic, healthy real food eating, I’ve created an education program where you can become a community change maker and part of this revolution and movement, and now I’ve written your letter for your council and the APVMA.

Let’s create a movement – let’s call it The Changing Habits Movement where, bit by bit, habit by habit, we will create a tsunami of change that will help our children and future generations.

‘Never doubt that a small group of thoughtful, committed, citizens can change the world. Indeed, it’s the only thing that ever has.’ Margaret Mead. 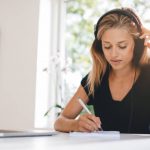 The ‘Root Cause Soup’ of Chronic Disease

Not All Honey is Created Equal 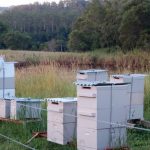