Heed the warning of our children’s predicament

Last week I went to Sydney to interview Dr Natasha Campbell-McBride for my documentary, attend the MINDD conference and become a certified practitioner in GAPS – Gut and Psychology Syndrome, along with Changing Habits nutritionists Jordan Pie and Sheridan Williamson.

It was an intense six days of learning that cemented the healing properties of food, herbs, spices, nutritional therapy and cleaning up the environment.

The most significant aspect of all was that the human race is in crisis. We have children who can’t eat or drink anything but prescribed elemental formulas, their mother’s milk makes them sick and any other formula or food can send their body into anaphylaxis, hives, allergies, asthma or hyperactivity, to name a few.
In the past five years these conditions have grown and more and more health practitioners are seeing conditions in children like FPIES (food protein-induced enterocolitis syndrome), eosinophilia disorders of the GUT and Mast Cell Activation Disorder. Diseases that, until recently, were not heard about or were seen as an extremely rare occurrence.
Children are not the only ones suffering, but also adults; with an increase in autoimmunity, cancer, heart disease and diabetes.

We are told we are living longer but the fact is we are living sicker. Generally speaking, the people who have the longevity are the baby boomers and the humans born before the advent of GMO, glyphosates and other herbicides, packaged refined foods, daily medications and the toxic load in our water, air and bodies.  EMF’s (electro-magnetic frequencies) are also proving to be a health hazard.  Science is declaring that the current generation will not outlive their forefathers.

Many times throughout the six days I felt a hopelessness wash over me, but then was rallied by the people speaking out and waking the public up to what is really happening in western society and now in our developing countries due to the westernisation of their cultures.

Educating those who want to change

I, for one, feel fully awake and will continue to educate to wake up those who want to be woken. There will be a segment of the community that will be happy to live with the current paradigm but for those that want to change, there is a grass roots movement that is growing. A movement that wants clean food, real food, clean water and a clean environment, plus they want clear labelling of what is in their food, personal care products and makeup and what is being sprayed on the play fields, play grounds and around their town.

Rachel Carson in her 1960’s book Silent Spring began the awakening and then Dr Theo Colborn’s book Our Stolen Future, published in the 1980’s, continued the discourse on how chemicals were affecting the hormones of humans and animals. It was a timely warning of the knock on effect of the chemical revolution. Now there are a growing number of scientists that are reaching the public ear and talking about the collateral damage of many chemicals in our life.  One such soldier is Dr Stephanie Seneff, who is on a mission to reveal the dangers of glyphosates (a compound in Roundup).

I had one very big ‘aha moment’ during the six days and that was about the importance of cleaning up our environment around us as well as our body before we conceive our babies, especially our first-born. During pregnancy the body uses its fat stores to provide nutrition for the baby while in utero and then continues to use the fat stores to provide nutrition through breast milk. Fat is the body’s place to store toxins, so as we use our fat we also release toxins into our bodies and that of our babies. Before the beginning of the chemical revolution this was not a concern, but now with the unbelievable amount of toxins in our food, environment, water and homes, we are bombarded by thousands of chemicals.

I went back through my mother’s family and had a sinking feeling when thinking about the fate of each first born.  My grandparents were corn farmers in the 30’s, 40’s and 50’s when chemicals were the new norm being used on the corn fields and as I progressed through my mother’s family I realised that some of the first born children of my mother’s siblings had health problems, either physically or mentally. My older sister died at 46 from CREST (five autoimmune diseases), my cousins were either still born or died at six months, while others had diseases including type 1 diabetes, dysphagia, mental disorders culminating in suicide or severe anxiety. Only a few of my mother’s 10 siblings had children that are completely free from any childhood maladies or early death.  As for my mother’s themselves, only three are still alive out of 11. My mother, who was the oldest, would have been 78 now, but she passed from lung cancer at 69 despite never smoking a day in her life.

To make sure the health of future generations of children in the have a fighting chance in their mental and physical health, it’s time we clean up our environment – both inside and out.

The 4 Phase Fat Elimination Protocol is one of the best fat and detoxifying dumpers I know, where food is used as the soap and toward the end of the protocol we heal and seal with broths and fermented foods.  It is a great preconception preparer as well as a wonderful detoxifying protocol to get your health and energy back.  It’s not a diet, it is a healing, detoxifying protocol that mimics the time when our ancestors would have cleaned out any toxins (eg mercury volcano fallouts) – and that was during the winter months.

As hunter-gatherers, our seasonal foods would have forced us into a detox during the winter months when foods were limited.  But with the bountiful supermarkets we never have the chance to do this important yearly flush out, but rather one day we wake up and realise we can hardly get out of bed as our body aches and we have put on a pile of weight and we decide then and there, we will do something.

This is the time to be cautious. Begin with a slow detox – the 21 Step Reset – and read my books Changing Habits Changing Lives and Healthy Habits Healthy Life.  Both will help you with cleaning out your pantry and replacing additive ridden food with the ‘one ingredient healthy pantry’ along with cleaning up your home environment including the bathroom, laundry, garden and other areas of the house.

If you know someone who is engaged, married or planning a family, please make sure you send this article to them. We have a responsibility to our future generations and it’s time we turn the tide of what is happening. The time to clean out our body’s toxic stores and load is not while we are pregnant but many months before conception. 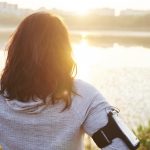 My journey on the Fat Loss Protocol by Christine Pascoe

Boost your immune system this Winter