The Miracle of Minerals for Health 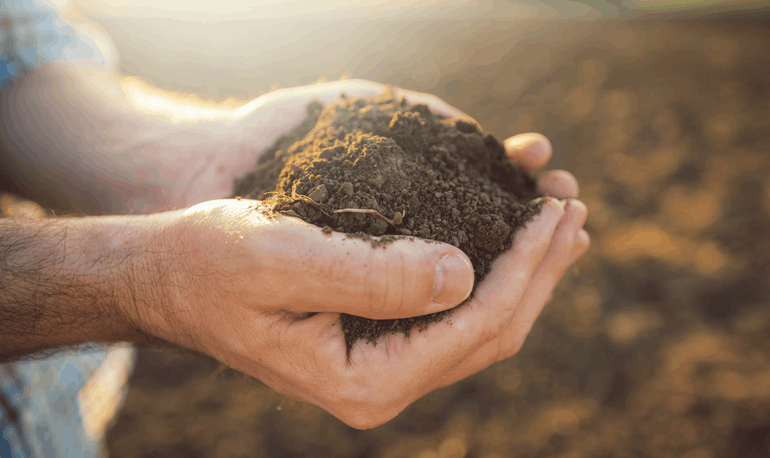 Minerals are an important part of our health yet they are often overlooked.

Many people still evaluate ingredients based on their macronutrients (fats, carbohydrates and proteins) rather than looking at their micronutrients (minerals, vitamins, phytonutrients, antioxidants and flavonoids to name a few).

Macronutrients come from the food you eat. Some micronutrients can also come from food and your body can make others. However, all minerals are essential – they must be consumed as they are not made anywhere in the body.

The State of Our Soil

Minerals are notably found in soil and rocks. You receive minerals by eating plants that absorb them from the earth and by eating meat from animals, which graze on plants.

But if the soil has no minerals then the plants cannot take them up and the animals that eat the plants will also be devoid of minerals. Glyphosate – a herbicide which is also an antimicrobial and antibiotic – kills the ecology of the soil, rendering the minerals in the soil useless to the plants.

If our soils are lacking in minerals then our animals and plants will be lacking and so will we.

After the second world war the fertilizer NPK (nitrogen, phosphorus and potassium) became widely used. These are just three minerals out of the 80+ that are available in soil and rocks. Although it helped the plants grow and increase their yield, it did not necessarily make the plants strong. Therefore more insecticides (chemicals) needed to be used to stop insects devastating the crops.

Back in the 1990’s I was given a tape to listen to called Dead Doctors Don’t Lie by Dr Joel Wallach. He was a veterinarian. His talk impressed upon me a lot about the importance of minerals.

One thing that really sticks in my mind from his talk was his description of the disease ‘pica’ in domestic animals (cows, sheep, goats, etc). Pica is when animals begin eating non-food items like fence posts and rocks. To the farmer this is a sign that there is a mineral deficiency among the herd and they throw a salt block into the paddock. The animals lick the salt and no longer have pica.

I liken eating cakes, lollies and chips to a form of pica in humans – maybe what is happening is symptomatic of a mineral deficiency. I researched the minerals that Dr Joel Wallach talked about and started bringing them into Australia for my family.

As Changing Habits grew from just a book and cook book to a food company, I decided that minerals were an important part of everyone’s diet and inquired about importing 1000 litres of the product I was using. However, when I got the spec sheet of the product I found that the manufacturers used a preservative (Sodium Benzoate). This was not on the label of the bottles I was buying.

I was so disappointed and I decided that I couldn’t promote a product I no longer wanted to take myself. Fast forward a couple of months and I met a man, Bill Briggs, who worked in the US with the company I had been dealing with regarding the colloidal minerals. Bill, too, didn’t agree with how they were being sourced and preserved so he came back to Australia and started making his own. I asked if he would manufacture the minerals for Changing Habits, and he agreed. These are the only Colloidal Minerals we have sold at Changing Habits.

A Counteract To the Effects of Glyphosate?

Last year I began listening to and reading the work of a doctor by the name of Zach Bush. He talked about a product that contained fulvic acids (from the soil) from lignite (a coal) that had the ability to counteract the effects of glyphosate. The most important part of the product was a carbon-based redox molecule that could help in the communication between our microbiome and our cells’ mitochondria (the energy powerhouse of each cell), as well as help reseal the gut lining. (You can see Zach Bush speak at our Nutrition Summit 2020. For more details see here.)

Glyphosate is the active ingredient in Roundup. The amount of glyphosate that has been sprayed since its conception in the mid 1970’s is 8.6 billion kilograms worldwide. The weed killer is used extensively on agriculture, private gardens, verges, sportsgrounds and playgrounds.

Glyphosate is a known herbicide, chelating agent, biocide, antimicrobial and antibiotic. It devastates the gut bacteria as well as soil ecology. It is water soluble and is now being found in rain, waterways, animals, humans, food, vaccines and can sometimes be persistent in some soils for up to 20 years. 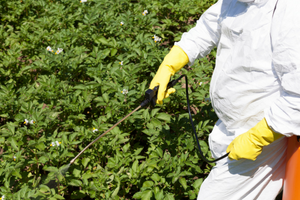 As I continued to read Dr Bush’s work I realized that the Colloidal Minerals that were part of the Changing Habits range were like the product used in research by Dr Zach Bush and associates. The exception was that our Colloidal Minerals were from peat (non-coal), the step before lignite, and that they had a mix of fulvic and humic acids (also from the soil) in their natural acid base, with the majority being fulvic.

The Changing Habits Colloidal Minerals come from the ancient plant holo core sedge. Much of what was preserved in the plant were the minerals, vitamins and amino acids, which can now be found in the preserved states of peat and lignite deposits, and the Colloidal Minerals.

I called Bill and asked him about our product in regard to opposing the effects of glyphosate. He said that there was much science around this fact, so much so that he had begun a new line of research where he was not only looking at how the Colloidal Minerals helped the human body, but also soil ecology.

The prospects and possibilities of this amazing product for the human body, animals and our soils is extremely exciting.

The difference between Dr Zach Bush’s research product and the Changing Habits Colloidal Minerals is that we do not separate fulvic acid and humic acid and we do not change the pH of this naturally occurring product – Bill believes nature is perfect and that fulvic acid is always found with humic (in varying percentages) and in an acid medium.

Bill said: “As you know, almost all the produce we grow and consume is below pH7, or acidic, with the exception of most meats. All mammals produce carbon-based redox molecules. These molecules perform many functions but I believe the two major functions are:

“Fulvic acids and humic acids are what they say they are – ACIDS. To alter their pH, we must alter the charge that was placed within the molecules themselves by the combination of photosynthesis and the earth’s magnetic fields when they were once growing. We do not adjust the pH in any way; the minerals are extracted at the same pH that they were when they were growing.

“You could say that when you open a bottle of the Changing Habits Colloidal Minerals it is the same as opening nature’s refrigerator –  she has kept in storage for us for thousands of years the elements with acids, knowing we were going to stuff things up and would need the original and the best that she had to offer. Knowing that neither fulvic acids or humic acids can be chemically produced, I cannot understand why some companies still try.

“Our digestive system requires an acidic environment in the upper part of the stomach where we produce hydrochloric acid as an endeavour to maintain a stomach pH of 2-4 before being bought back to a pH7 for absorption.

“The pH makes all the difference because when we change what has already been prepared for us within the deepest knowledge of the master of formulations (nature itself), have we not altered nature’s formulation?”

For me, the Changing Habits Colloidal Minerals have taken on a whole new space in finding and retaining health. If you have done the Fat Loss Protocol and have finished the support drops, I recommend you put the Colloidal Minerals into the dropper bottle and carry it in your bag. Every time you have a glass of water, add half a dropper to it.

I also recommend a tsp in water in the morning and for children, I recommend dropping a few drops in every glass of water they drink. This will help counteract the effects of glyphosate and will also help the microbiome communicate more effectively with the body’s cells in order to produce energy and thereby help in the process of health. 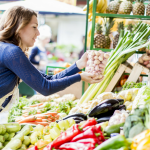 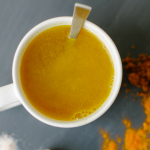