The Foods That Make Billions – Cereals

I’m sure if you have been following me for a while you would know that I believe breakfast cereals to be one of the worst foods on the supermarket shelf, not only are they highly refined but the fortification with minerals and vitamins is unethical.  The fact that you can pull iron shavings out of the cereal with a magnet does not give me much trust in the food company that makes these cereals.  Worse is that many cereals have more additives than a luxury car.  Let me tell you a bit about additives and what we now know of them.

For many years I have had on the back of my card the food additives that are known carcinogens, cause liver and kidney damage, may cause hyperactivity in children as well as DNA damage.  Many of these additives have been banned in other parts of the world but not Australia and New Zealand.

But recently it has come to my attention that the additives that are thought to be safe may not be as safe as we think.  Let me explain.

Mice are used in research of food additives.  Each mouse is given amounts of a single additive and continue to get higher and higher doses, until they become sick, then they reduce the amount to a safe and non harmful level – this is then the amount deemed to be safe when transposed to human consumption.

It is only in the past year that they have started to combine additives when doing testing on mice.   In other words instead of using one additive they may use two, three or more. Researchers use two safe additives and challenge the mice with both.  The findings now show that what was deemed to be safe singularly, together they may become harmful at far smaller doses.  So be very wary about what you think is safe and not safe when looking at the additive books. The best advise is don’t eat anything with an additive and then you’ll not have regrets. In other words become old fashion and eat everything from scratch.

At the moment on “Changing Habits” facebook we are having a 21 Day challenge of no wheat.  Join in on the conversation and see all the different breakfasts, lunches and dinners people have come up with without a grain of wheat in sight.

The Foods That Make Billions – Cereals 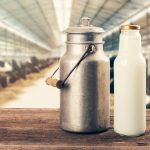