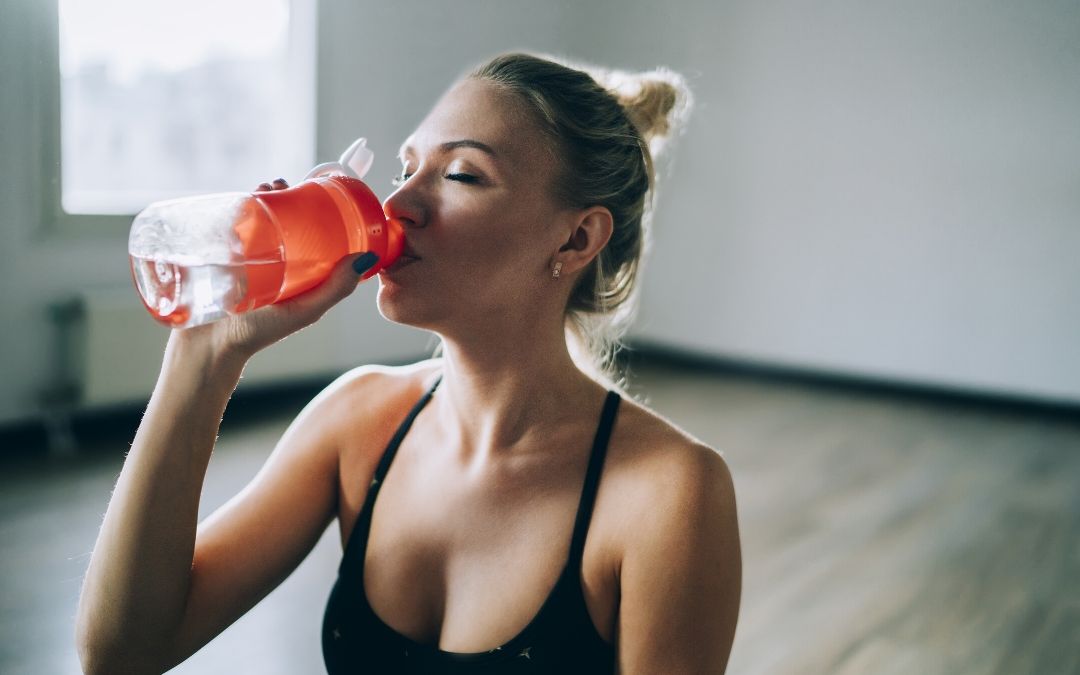 I’m sure many people give Hydralyte to their children – or take it themselves – when they are unwell or dehydrated. According to its website, Hydralyte is a ‘scientifically formulated’ oral rehydration solution for the effective treatment of dehydration. It is marketed as being ‘suitable for the whole family’ – but having a close look at the ingredients. Hydralyte is certainly not something I would give to my children – or anyone for that matter.

Extensive marketing campaigns have seen Hydralyte become the ‘go to’ product when children become unwell or dehydrated – with iceblock versions, powders and tablets in a range of flavours that would appeal to children including Orange and Apple Blackcurrant Hydralyte. Apparently, again according to their website, ‘children think of them as a treat rather than medicine!’ which is a bit scary in itself.

What is Hydralyte made from?

(Note we have chosen to look at the ‘orange’ flavoured Hydralyte)

Let’s have a closer look at each of these ingredients.

Sodium Chloride (aka: table salt, NACI, common salt, halite, rock salt, saline, iodised salt, purex, isotonic saline): all impurities and trace minerals are removed during processing and refining and fortified with potassium iodide and dextrose to stabilize the iodide. Man-made, heavily refined and bleached white (not as nature intended), it can increase blood pressure and has addictive properties as it increases cravings, meaning your body is actually craving the missing minerals.

It contains calcium silicate as the anti-caking agent to prevent the salt clumping as well as dextrose and potassium iodide.

The body has difficulty processing refined salt and it upsets the body’s fluid balance as it is not in its natural state. It causes cell dehydration and water retention as your body requires 23 x more cell water to dissolve the salt causing your cells to become dehydrated.

Potassium Citrate: Also known as tripotassium citrate, 332 or E332, it is a potassium salt of citric acid. It may contain MSG and can be made from GM corn. It’s a white, odourless powder with a saline taste and acts as an acidity regulator or stabiliser.

The side effects of potassium citrate include provoking symptoms of those who are reactive to MSG such as irregular heartbeat, muscle weakness or lethargy, severe stomach pain, and numbness or tingling in hands, feet, or mouth, mild nausea or upset stomach, mild or occasional diarrhoea. It is found in infant food, anti-aging products and sunscreen.

Many colours are made from azo dyes and petroleum by products so it is just another thing that should be avoided. Some colours have been banned in other countries while still allowed in Australia, the US and New Zealand.

Orange colour may be from a fungus or marine algae or from the microbial fermentation process from corn and soybean oil which is most likely GM, however it is usually made synthetically.

People sensitive to MSG, aspirin or amines should avoid this as concentrated natural colours like this are high in salicylates, amines and/ or glutamates. It is prohibited in foods for infants.

Xanthophylls compete with carotenes for absorption into the body and are found in jam, jelly, tomato sauce and many other processed foods, cosmetics, soap, dietary supplements, margarine, medicines.

Natural Flavours: Nature Identical Flavour, flavour, natural flavour and artificial flavour are much the same substance with a few subtle changes to the beginning process. If it is nature identical or natural it means that the food flavour began with the actual food but in the end they all end up the same.

So when you read flavouring of any type in your supplements don’t think it is just one ingredient it is around 48 chemicals and ingredients.

Sodium Benzoate: Also known as 211 or E211, sodium salt of benzoic acid is petroleum derived. It acts as a preservative and its side effects include hyperactivity, skin irritation, headaches, stomach upset, organ toxicity and asthma. People sensitive to aspirin should avoid it and it may damage DNA in cells. It is prohibited in food for infants and found in pet food, vaccines, medicines, cosmetics, jam, fruit juice, pickles and soft drinks.

Potassium Sorbate: Also known as 202 or E202, potassium salt of sorbic acid is derived from petroleum. It acts as a preservative in foods and side effects include hyperactivity, allergic rhinitis, stomach upset, allergic reactions, headaches, skin irritations and asthma. Prohibited in foods for infants, it is found in icings, confections, jam, sunscreen and cosmetics.

Sucralose: Also known as 955, E955, spleda, it is a sweetener made from sugar and chlorine. It can cause shrunken thymus glands and enlarged liver and kidneys in animals, weak mutagen and may cause headaches, migraines, skin rashes. It is prohibited in foods sold for infants and is found in soft drinks and confectionary.

These sugars are primarily made from GM wheat and corn which are produced in a chemical laboratory and are, as a group, around 40% cheaper than plain old sugar (also known as sucrose). In nature, simple sugars are never found alone, they are always surrounded by other simple sugars, amino acids, fats and vitamins and minerals.

There are several reasons I don’t consume these sugars. Firstly because they could be genetically modified and once again I don’t want to be part of some giant human experiment with GM foods, secondly they are not made by food. They may begin as a food but through a bunch of chemical reactions they become a simple sugar and I’m not prepared to eat them no matter how safe I’m told they are.

Citric Acid Monohydrate – Also known as 330 and  E330, it is made from the fermentation of molasses by Aspergillus niger or from GM corn, and may contain MSG.

It’s an acidity regulator and can provoke symptoms in those that react to MSG and gastrointestinal symptoms are also possible. It is found in wine, infant foods, marmalade, anti-aging products and shampoos.

So what is a natural alternative to Hydralyte?

I make my own hydration drink which relies on a few healing and nourishing ingredients to help the body adapt to the stress of exercise. It works to balance the harmful stress hormones that rise during anaerobic workouts to reduce the toll on your body.

Let’s have a closer look at my ingredients.

Rapadura Sugar or Raw Honey: Raw honey is a nourishing food and has a lot of health giving properties. It has been used as a food and medicine for many years. It works as an antiseptic and provides many minerals, vitamins and amino acids and other bio-active substances. We do not recommend sourcing pasteurised honey as it’s stripped of medicinal properties and benficial enzymes and many are cut with corn syrup. Choose raw, organic and local honey if possible. If you don’t have honey on hand you can also use the Changing Habits Rapadura Sugar (however it may not dissolve as well).

Cortisol levels spike during exercise and particularly during anaerobic exercise. These rising cortisol levels aren’t dangerous, however if you have a damaged metabolism or unbalanced hormones it can be an issue. By adding the sugar or honey, this helps to down-regulate the production of stress hormones (like cortisol) and as the honey/ sugar is a source of energy it plays an important role in helping the body to reduce the metabolic and cellular stresses of anaerobic exercise.

Camu Camu: A great addition to the recipe Changing Habits Camu Camu is so beneficial for our health and increasing our immune systems. It is a natural, potent source of Vitamin C (it contains approximately 460 times the Vitamin C found in an orange) and contains other nutrients that will help with strengthening the numerous systems in the body, including bioflavonoids, amino acids, serine, valine and leucine plus the three B vitamins, thiamine, riboflavin and niacin, all in their natural form as nature intended, bound with other micro and macro nutrients. It is also easily digestible.

Seaweed Salt: There are many reasons the Changing Habits Seaweed Salt is such an important ingredient in this sports drink recipe. Here are some of the benefits of adding salt to our sports drink:

Minerals: Because our soils are so depleted in minerals and our diets lack the addition of sea vegetables, we highly recommend adding our Changing Habits Colloidal Minerals. Many people find that adding this to their daily diet just gives them a sense of vitality, less cramps, better sleep, reduced cravings and more.

So here’s my recipe for a natural alternative to Hydralyte:

Mix all ingredients together and store in glass jars in the fridge. It keeps in the fridge for about a week. Sip it slowly during a workout.

The Good, The Bad and the Downright Ugly of Cheese

The hazards of nonstick cookware