ABC Australian Story- Back to earth.

Before this weeks ABC Australian Story went to air I had phone calls from friends telling me that I should watch it.  After the story went to air I had friends, family and acquaintances texting, phoning and e-mailing, asking whether I saw the story on Dr Marteen Stapper and that I should contact the participants in the segment. They said that it was exactly what I taught but in relation to farms which then transgresses to human health.

Needless to say I watched it and my father happened to be with me.  When the show was finished, my father said to me that my grandfather, Vince Goedken from Iowa USA was exactly like Marteen, but in another era.  My grandfather was a farmer in the 1940’s when chemicals were first being introduced into farming, he was very wary of what was happening.  He warned all of his neighbours that the new farming practices would kill the land and all of the vital soil life that provided good crops and food.  Of course no one listened to him, they thought he was mad and told him he would be lost in his old ways.  My grandfather never used chemicals and had one of the best farms and home gardens in the district.  In the 1980’s when most of the farms around my grandfather had lost their top soil and their ability to grow crops, my grandfather had a two acre home vegetable patch that was feeding not only his family but many in the district.

I remember when I had first started practising as a nutritionist in Armadale, Victoria back in 1985, I had a farmer make an appointment, he had a numb leg and aching body, he was in his 70’s and did not want to let age beat him.  His daughter had sent him, albeit under much protest.  I told him what he needed to do, but I had the feeling that he was not listening.  Then about a week later he called me up and told me he needed to speak to me.  When he arrived in he told me a story about his farm.

Five years previously the health of his farm and the pears he produced, was something he was not proud of, he was embarrassed to sell them at the market, so he decided to go back to his old farming practices, without the use of chemicals.  He began with getting his soil healthy again, which then made the pear trees healthy which then created the best pears in the district.  This farmer then looked at me and said “what a fool I’ve been I should have started with my own body first.  I intend to get rid of all the chemcals in my body as I know that then I will produce a healthy body and not have all these aches and pains”.  He was good to his word and changed his life around.  I heard from him just a couple of months later and he said all of his aches and pains were gone and that he and his wife were feeling so good that they were leaving their farm to their son and going traveling.

When you get rid of the chemicals in your body and start feeding it the right food, the body will start to heal.

If you are a farmer or even someone who is interested in what is happening to our environment and food this weeks Australian Story is worth watching.

You can go to the following website and watch the entire program on your computer or you can watch it when it is  replayed on  the ABC-TV Saturday 6/6/09 at 12.30pm http://www.abc.net.au/austory/specials/stapper/default.htm.

Dr Marteen Stapper is a man with some fascinating ideas on how to manage our land better.  He is unconventional, stubborn and difficult.  He has a mission to free the world using less chemicals.  As an advocate for biological farming Marteen has paid a high price for promoting a greener, cleaner way to grow food.  Originally a CSIRO scientist, he left when it became clear his views on biological farming were incompatible with the institute.

“Farms that have achieved healthy soils look and smell good, with dung beetles present in pastures and no slugs or snails in crops. Plants growing on such farms have less disease and insect damage, have great root systems, and taste better.  Animals show the most extraordinary health and longevity. They need less fodder and graze for shorter periods compared with available conventional feed systems. Think of what could happen to humans if we ate such food”! Dr Marteen Stapper.

← Prev: A chemical assault on children. Next: Food Labelling Laws are a Joke! → 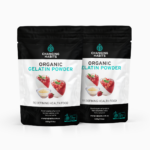 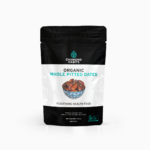