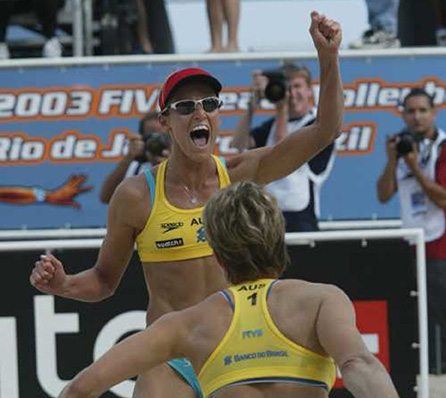 As we’re in the midst of the Olympics, I thought it would be useful to share some nutritional insights from an Olympian.

This week I chatted with Nicole Hannan (nee Sanderson), who was an athlete with the Australian Institute of Sport Volleyball and Beach Volleyball programs during her elite level athletic Olympian career which spanned 15 years. Nicole is now a naturopath with her own Gold Coast based business Alchemy Health & Wellbeing, consulting to many individuals with varying health issues.

During your training, did you get nutritional advice from a nutritionist/dietician/health practitioner? What did it involve?

I only recall having 1 on 1 sessions with a dietitian twice during this time. One was through the AIS and one was initiated by me when I was trying to explore better choices to fuel my body during competition, training and recovery. The advice I was given was very basic and involved high carb, glucose rich, low fat, refined foods, as well as fresh fruit and vegetables. I remember being advised to have drinks such as Sustagen and Gatorade, while tinned baked beans on toast were suggested as a healthy, high protein breakfast.

When you were an athlete, were you aware of real food and did you make real food choices to nourish you?

I made reasonable food choices with the knowledge I had at the time. This was most likely because of the good influence from my parents who raised me with a wide variety of real foods and the basic knowledge of how to eat a meal well balanced in protein, carbohydrates and fats. I did not have anywhere near the understanding of nutrition that I have now.

If you were to go back in time, would you make any changes due to the knowledge you have gained since then?

I would have done things incredibly differently. I know for sure that if I had eaten then, in line with the way I eat now, my performance as an athlete would have been at a much higher level. I often think about this and cringe at many of the things I used to eat. I ate a lot of gluten and dairy (which I eat very rarely now), I had no major issues with refined/packaged foods and turned a blind eye to the artificial ingredients in them, that I would not go near now!

The main things I would do differently:

What were your tricks for getting by on game/training days?

I remember the first ever International World Tour Beach Volleyball tournament I played in. It was beyond exciting but also completely new and nerve-wracking.

We had a number of team Australia coaches filming games and supplying us with strategy against each of our opponents but not once did any of them ask me how I was fuelling my body and ensuring I was replenishing the exhausted energy stores each day or in between matches. As I was a rookie we played in the qualification tournament first, an extra 2 days immediately before the main event. We played 3 or 4 matches in those 2 days then went on to another 2 days of the main event with 2 on matches on day 1 followed by 4 long matches on day 2. All of this was in extreme heat in the middle of summer.

On the final day we had less than 30 minutes rest between our last 2 matches and we were utterly exhausted. I realised halfway through the last match that I had lasted almost a whole day on breakfast and the adrenalin surge from the unexpected success of beating teams we had idolised as junior players.

It was at that point that my volleyball partner and I started cramping on court and could hardly move, jump or speak…. We finished 5th in the world in that event and I have always wondered just how far we could have gone if a coach had simply handed me a banana and a boiled egg between matches!

We were drinking so much water and it was going straight through us as our electrolyte stores were completely depleted. We were mistakenly thinking that because our wee was clear, not yellow, we were hydrated, when in fact there was just a completely empty nutrient tank, therefore nothing to colour the urine. After this I was always sure to eat something in between matches, regardless of how short the break and had sips of a good quality electrolyte drink during games.

When you travelled to compete overseas, what did you eat?

To help me through the flights and to ensure I ate healthy food in overseas countries I always packed:

Do you feel real food kept you well nourished?

I always ate ample vegetables and fruit each day but I now know that so many of the symptoms I experienced while competing could have been helped with some added nutritional/herbal medicine supplementation.

Apart from a real food diet, do you feel there are particular essential supplements for an athlete, or does it come down to the individual or is real food enough?

Each athlete is different and a lot depends on the food available to them, the type and amount of training they are doing. There are also the individual issues to consider. It is probably best to use myself as an example…. I had a number of injuries to my joints while competing, in the end I had surgery on both hips, both knees and both shoulders.

In 1999 I tore my anterior cruciate ligament in my right knee, this was devastating as I was on track to qualify for the Sydney 2000 Olympic Games. I did a huge amount of rehab and came back in time to qualify but 11 months later tore the same ligament in my left knee and needed that reconstructed, putting me out of contention for Sydney. As you can imagine nothing was going to stop me competing in the Athens Olympic Games 4 years later! For this reason I decided not to tell the team that I had a serious shoulder injury in the lead up.

I made the questionable decision to work hard in the gym to get my shoulder strong enough to ‘fake it’ and took non steroidal anti-inflammatory drugs (NSAIDs) to allow me to get on the court each day. Although to this day I still don’t know if I could have competed through the pain without the NSAIDs, there is a lot I would have done from a nutritional and herbal perspective to reduce the pain, inflammation and damage to my poor gut!  Turmeric, slippery elm, glutamine, marshmallow root, licorice root, and aloe vera, to name just a few. The reason I mention this story is I know there are so many athletes out there surviving on NSAIDs to get through the pain of injury without knowing how severe the damage is that they are doing to their gut, and in turn just about every other system in the body.

For me, I felt it impact my mental health at the end of my playing career, as I started to experience extreme anxiety before and during matches. In the last International event I ever played I had a panic attack (for the first time ever) on court, in front of hundreds of people, without the knowledge of what was happening or why – it was terrifying. This played a big role in my decision to retire from competition.

If only I had known what I know now. I really feel that if my diet had been better, if I had supplemented with quality magnesium citrate and activated B vitamins, if I had used Australian Bush Flower Essences (such as emergency essence), if I had healed my gut and supported neurotransmitter production, if I had used food and nutritional/herbal support for my inflammation and joint damage, my journey may have lasted through another Olympic Games and I know for sure that my enjoyment of those last few years would have been infinitely more. 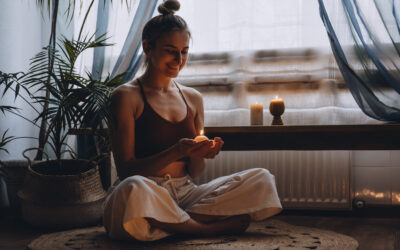 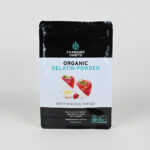 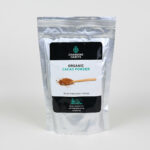 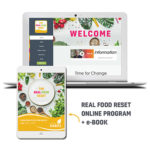 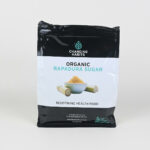