Is a Vegetarian Diet the Healthiest?

Did you know I was once a vegetarian?

Vegan, raw vegan, vegetarian, macrobiotic, paleo, Ayurvedic, Inuit, hunter gather, specific carbohydrate diet, low fat, high protein, high fat, high carbohydrate, periodic fasting, juicing etc.  I believe there are more diets around at the moment then there are people in Australia.  I have a respect for every diet out there that is based on real food that our evolutionary bodies require for health.

Everyone seeking better health tries different diets at one time or another. I’ve tried a few myself, but at 53 and at this stage in my life I’ve found what works for me so that I can have great health, wonderful energy and be able to live every day to its fullest.  In the end it’s not about how long I live but how well I can live with health each day.

Recently I did an interview with Dr Natasha Campbell McBride who is a strong advocate for bone broths and eating meat, fish and poultry. We had a customer who was absolutely appalled that she would advocate the eating of animals and not only let Changing Habits know but also Dr Natasha.  It made me think about my time as a vegetarian and thought it might be a good time to come clean about that time in my life.

My mother was an amazing cook and made all her broths from the bones of carcasses. As well, we ate some sort of flesh at least twice a day and sometimes three times a day.  I went on camp and was fed what I believed at the time enormous amounts of meat in the form of sausages (my mother never served up sausages) and chops.  I had never eaten this type of meat and was absolutely repulsed by the whole experience.  I came home to my mother and declared I was never going to eat meat again.  I became a vegetarian at the age of 14 (1974).

I don’t remember entirely at the time what really made me do this….was it the meat or was it for moral reasons? From that day on, my mother would serve me everything she made but without any flesh.

I did my HSC at the age of 17 and I noticed during the gruelling, three hour end of year exam that I would look up at the clock and could not see the hands of the clock. That was the beginning of the deterioration of my eyesight and by the age of 21 I was wearing glasses.  By 19, I had a full cessation of my menstrual cycle for two years.  I put on weight, going from 9 stone to 11 stone (don’t remember what that was in kg’s) and my mother always said she wanted to put a pin in me because it looked like I was just puffed up.  I had periods of complete lethargy where I would try and walk up the three flights of stairs to my dorm room and struggle with each step.  I caught every cold and flu that was going around and I was addicted to carbohydrates.  Yes, I would get a bowl and put four Weetbix in it, eat it and then fill the bowl again.

Then one day I had my first craving to eat meat, it was a compelling need that just wouldn’t go away.  I decided for the first time in 14 years that I needed to eat meat.  I listened to my cravings and was amazed by the energy I felt in that moment.  Very shortly after that time I found out that I was pregnant with my first child.  What I believe is that my body was telling me what I needed, in order to sustain and grow a child that was healthy. From that time on, I slowly introduced meat back into my diet. It was not a daily food, but certainly several times a week.

In 1995, six years after eating meat again, Dr Peter D’Adamo came out with his book The Blood Group Diet.  I read his book and my compulsion to eat meat while being pregnant all made sense.

From the time I started eating meat again, I stopped gaining and losing weight. I no longer got colds and in fact, I don’t remember the last time I got a cold. My eyes stopped deteriorating and at 53, I do not need glasses for reading or seeing things up close, but do need them for distance.

It was not just the meat that changed things. I have always watched exactly what I eat, I eat real foods made from scratch and I listen to the needs of my body and act accordingly. I believe my years as a vegetarian were detrimental to my overall total wellbeing and I feel better with meat, fish, poultry and animal products in my diet.

This may seem like a very anecdotal story but I’m not the only one with this story.  Daniel Vitalis was a raw vegan for six years and realised his health too was suffering as a result of his dietary choices. He now calls himself a wilder and eats wild meats, vegetables and even hunts for wild water. Then there is Charlotte Gerson who is in her 80’s and has been a vegan all her life. This lifestyle and eating regime obviously works best for her.

To condemn anyone for their choice in eating is to me fighting the wrong fight.  Most people who eat real foods and put a lot of thought into what they put into their mouth have a right to their individual decision.  The fight should not be about whether we are vegans, vegetarians, animal activists or meat eaters. The fight should be toward modern technologies such as genetic modification, nanotechnology, fake foods like additives and preservatives, modified dairy, packaged foods laced with additives that cause health problems, hydrogenated, interesterified and processed oils as well as factory farmed and abused animals.

It is all very well and good to be an animal activist but how can we save the animals in the world if we can’t even save babies in the womb.  We have children suffering…40% in fact are born with lifelong illnesses because we are so far from being in sync with our evolutionary body that it is breaking down and our young members of society are suffering.

Stop the bickering about vegan vs paleo and start educating the people who are eating foods that are making them physically and mentally unwell.  We are the educated ones and we have the responsibility to spread the word about ethics, sustainability and real foods and yes, meat, fish and wild meats can be sourced ethically.

We live in the circle of life just like on the African continent where each animal plays their role in the survival of each other. Our ancestors ate meat and there is no doubt that they didn’t. Some ate more than others, even the Hindu culture used the cow for sources of food – dairy.  We make choices about our food based on our beliefs and our needs to be strong healthy individuals, in order to be the best that we can be every day of our life. 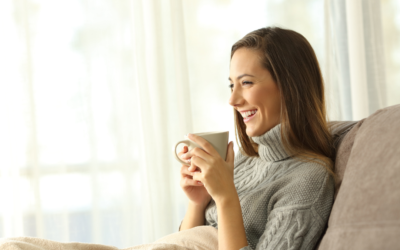 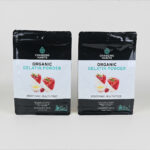 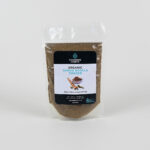 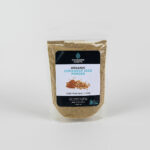