10 Ways You Can Increase Your Dopamine Levels Naturally 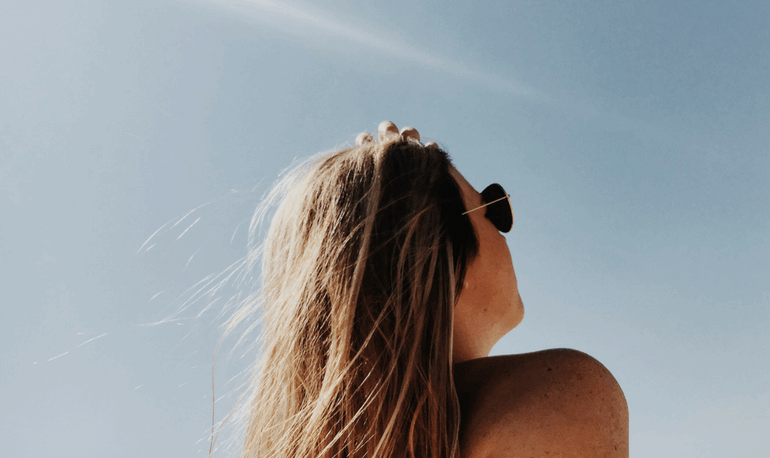 Dopamine is an important chemical in the brain that’s involved in reward, motivation, memory, attention and even regulating body movements.

But what exactly does dopamine do for your brain and why should you want more of it? How can you tell if you don’t have enough dopamine? And are there ways to get more dopamine naturally?

There are about 86 billion neurons in the human brain. They communicate with each other via brain chemicals called neurotransmitters. Dopamine is one of the most extensively studied neurotransmitters and it plays important roles in attention, memory, mood, learning, sleep and movement. When dopamine is released in large amounts, it also creates feelings of pleasure and reward, which motivates you to repeat a specific behaviour (to get more dopamine) and to continue feeling good. In contrast, when your dopamine levels fall, you can start to experience some of the following symptoms:

Low dopamine levels can also lead to Parkinson’s disease, schizophrenia, restless leg syndrome and more. So if you struggle to get out of bed each morning, have lost all interest in watching Game of Thrones, are drinking countless cups of coffee or glasses of wine per day, or crave sugar or cigarettes, you may have a dopamine deficiency. Very few people realise that they’re self-medicating to get a boost of dopamine when they’re engaging in dangerous, addictive and self-destructive behaviours.

Stimulants such as nicotine increase dopamine by 200%, cocaine by 400%, and amphetamines by a jaw-dropping 1,000%. However these only provide a quick boost and end up disrupting the natural dopamine production process in the long-term. Neurotransmitters such as dopamine have not only been shown to play a role in our brain’s reward, motivation and pleasure system, but also in controlling and maintaining homeostasis within the gut system in terms of nutrient absorption, blood flow, gut microbiome, local immune system, and overall gut motility.

Foods like potatoes, avocados, broccoli, oranges, spinach, and Brussels sprouts contain some dopamine. Bananas are a particularly rich source of dietary dopamine. However, the dopamine consumed in food doesn’t cross the blood–brain barrier and has no impact on your brain. If you want to elevate your dopamine levels with food, you’ll need to ensure you’ve got the basic building blocks that are needed for dopamine synthesis. We cover these basic building blocks and also suggest other ways to help boost your dopamine levels naturally here:

L-tyrosine is the precursor to the neurotransmitter dopamine and is essential to aid in any stressful situation, cold, fatigue, emotional trauma, prolonged work, or sleep deprivation. It is shown to improve memory, cognition and physical performance. Tyrosine is mainly found in protein rich foods such as:

Resveratrol is an antioxidant that helps increase dopamine levels in the brain. You can get this from:

DHA is the primary fatty acid in the human brain; it helps to boost dopamine levels as it supports the brain’s electrical signals and reduces the production of the enzyme that breaks down dopamine. DHA can be found in:

Butyrate is therapeutic for brain health. It can be used for treating anxiety and depression as it influences the processes in the hippocampus, the part of the brain responsible for emotions and emotional memory. It reduces the degeneration of dopaminergic neurons and may protect and aid in the recovery of Parkinson’s disease. Butyrate can be found in:

Magnesium is shown to increase the sensitivity of dopamine receptors. Magnesium inhibits N-methyl-d-aspartate (NMDA)-induced norepinephrine (NE) release. NE is synthesised from dopamine, so inhibiting the conversion will result in more available dopamine, which provides a calming effect. Some magnesium rich foods include Changing Habits Cacao Melts, leafy greens, nuts and seeds, artichokes, dates, salmon and avocado. You can read more about magnesium here.

Being exposed to sunlight helps to increase our dopamine receptors and provides us with vitamin D, which also activates certain genes that release dopamine. Light triggers the release of dopamine in our eyes, which could be the reason behind our screen addictions.

The active ingredient in turmeric is called ‘curcumin’, which has been found to enhance levels of serotonin and dopamine in the brain, thereby reducing depression. I recommend adding turmeric to your foods. Sneak it into scrambled eggs, curries, mango smoothies, chicken soup or orange and almond cake.

Carvacrol is another chemical that helps produce dopamine when taken in low doses. It also protects your liver, fights bacteria, and acts as an anti-depressant. Carvacrol can be found in:

Adaptogenic herbs help to buffer the negative effects of stress and allow our body to adapt to stress, balancing the production of neurotransmitters, boosting brain cell signalling, modulating brain waves, protecting from brain cell damage and eliminating heavy metals and toxins. Dopamine is synthesised in this sequence: phenylalanine > tyrosine > L-dopa > dopamine. For this reason I’m currently loving mucuna pruriens, which is an adaptogenic herb. It’s the best natural source of L-dopa which is the direct pre-cursor to dopamine in the body.

I personally consume a small amount of a high quality powder and blend it into my morning bulletproof coffee or matcha latte each morning. You can read more about the benefits of adaptogenic herbs in my blog here. Please note that it is best to speak to your chosen health care practitioner to see if adaptogenic herbs are right for you or if there may be any negative interactions with your medications or supplements.

In order for the body to manufacture dopamine, we need good stomach acid and digestive function to break down proteins into amino acids so we can absorb L-tyrosine and L-phenylalanine. In addition, we need proper amounts of iron, copper, zinc, vitamin B6 and magnesium. If we are deficient in these nutrients we will not be able to produce adequate amounts of neurotransmitters. We also know that our gut bacteria produce neurotransmitters such as serotonin, dopamine and GABA, all of which play a key role in regulating our mood.

Our gut bacteria also generates butyrate which I mentioned earlier. Butyrate has been linked to reduced anxiety and depression. In addition, the microbiome is intertwined with the immune system, which itself influences our mood and behaviour. An overabundance of bad bacteria results in toxic by-products called lipopolysaccharides which destroy the brain cells that make dopamine.

So what does this all mean? We need to nurture and nourish our gut bugs properly. You can start by eliminating inflammatory foods from your diet and find out whether or not you have parasites, pathogens or bad bacterial overgrowths. Eat a healthy, anti-inflammatory diet as it’s key for stimulating the growth of the right bacteria and starving bad bacteria.

I also recommend you seek advice from your chosen health care practitioner before using any supplement to increase your dopamine levels. Have you suffered from low dopamine levels? How did you boost them? 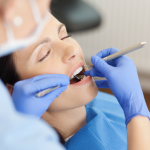 Why We Should ‘Say No To Mercury’

Natural Sources of Dietary Iron and 3 Factors That Inhibit Absorption 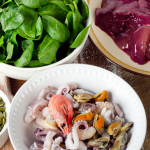